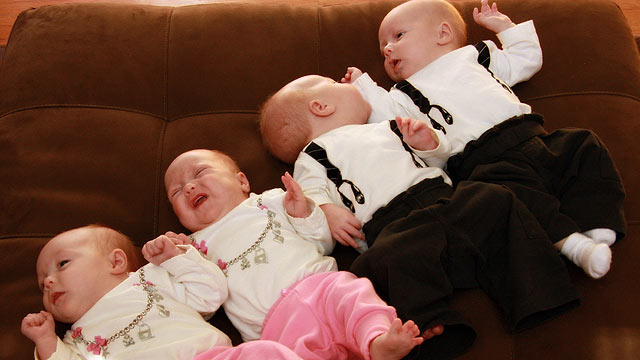 A comedy of errors where lightning does strike twice

When an electrical storm darkens City Hospital, two sets of identical twins are unknowingly mismatched at birth – as fraternal. Mistaken identities follow the mixed quartet through their teenage years until the truth is discovered at a national twins convention where everyone sees double.